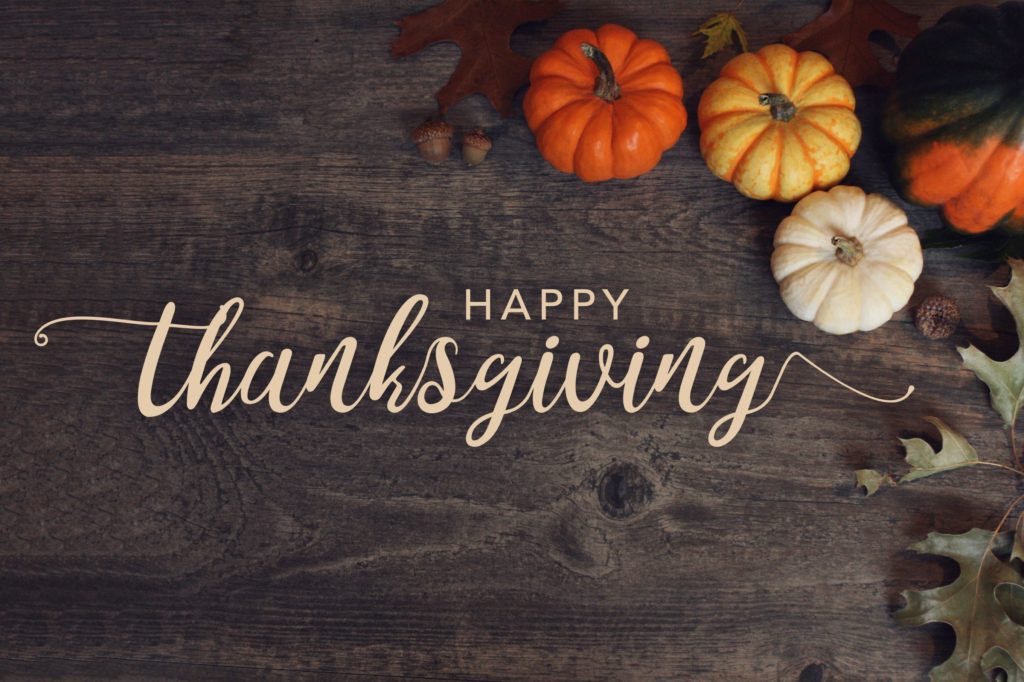 I can’t get enough of saying that this is the holiday I like the most and the most representative: Thanksgiving or Thanksgiving Day. Day to stop everything, gather the family, and give thanks.

Before arriving in the United States, I always watched the big party that Bradesco had on the way, and that has broadcast on TV. It was so beautiful. Also, in our Lutheran Church, there was a Thanksgiving day related to the harvest. Farmers brought a sample of their products and deposited it on the altar. Traveling through Germany, I saw that they still maintain this tradition.

But let’s look at some interesting facts related to Thanksgiving celebrations.

The day is thanks to food; for this reason, it has been made in the autumn of the northern hemisphere.

Here in the United States, it began to be celebrated by immigrants, around 1620. The first year, for immigrants, was painful, complicated, and demanding. The cold and the beasts were adverse factors. They had faith in God and his promises. They cut down trees, made huts, sowed the soil. The Indians, who knew the place, taught how to improve production, and God blessed them with an abundant harvest. Thrilled and sincerely grateful, they gathered the best fruits and invited the Indians to celebrate a grand celebration of praise and gratitude together. So Thanksgiving was born.

It became a national holiday only in 1863, decreed by President Abraham Lincoln. He declared that the fourth Thursday of November would be National Thanksgiving Day.

In 1939, President Franklin Roosevelt instituted that this day would have celebrated in the third week of November to help commerce, increasing the time available for advertisements and purchases before Christmas. It is famous for combining the useful with the pleasant. At the time, it has considered inappropriate to advertise Christmas products before Thanksgiving. Today Christmas advertising starts in October. However, this act by the President was not mandatory, and only 23 states joined. Thus, the National Congress, to resolve the impasse, instituted that Thanksgiving Day would be celebrated definitively on the Thursday of the fourth week of November and that it would be a national holiday.

Rare are the companies that give holidays on Friday. So, if the person travels to find the family, they will have to use a vacation day to cover the Friday. Live the progress in the United Slaves of America. Joking aside, perhaps this is one of the signs of success in the country. Because from one bridge on holiday, you quickly move on to another, another.

1. THE DAY OF FORGIVENESS IN PERU

Each year, since 1947, there is a ceremony at the White House, a few days before Thanksgiving called the day of the presentation of Peru, in which two live turkeys have presented to the President of the United States, and he will choose one that will have spared from going to the pot. The day before, the turkeys arrive in Washington and are staying in a luxury hotel with all the stewardship. This year the celebration celebrates seventy years.

I find a tradition a bit silly, but myths have not discussed if they practice.

The traditional Macys parade started in 1924. First, it was a Christmas parade starting the Christmas sales season. The show in the current mold was carried out by the employees and featured some animals from the Central Park Zoo. Today it is composed of gas balloons in all formats. Three million people watch it live, and more than 44 million watch it on television. My consumer dream. I haven’t had the opportunity to watch it live yet, but I always watch it on TV.

3. IT IS THE BUSIEST DAY OF THE YEAR

In terms of travel, this is, without a doubt, the most active of the year. According to the American Automobile Association, more than 42 million Americans travel by car at least fifty miles on holiday. More than four million travel by plane to be with their families.

According to surveys, 95% of Americans eat turkey, following the tradition of immigrants. Around 280 million turkeys have sold for the party. The largest suppliers of turkeys in Minnesota, but in addition to North Carolina, Arkansas, Missouri, Virginia, and Indiana, produce two-thirds of the turkeys consumed.

Here at home, we will escape the traditional menu. The turkey is vast and capable of eating until Christmas.

5. CRANBERRIES IS MORE THAN A COMPLEMENTARY PLATE

Cranberries are one of the three fruits native to North America. In addition to eating the fruit, the natives used it to dye clothes, rugs, and blankets. They also used the fruit for medicinal purposes. It is one of the fruits that make up the date menu, mainly due to jam.

The turkey bone has used to draw lots during Thanksgiving parties. The tradition is that two people, each holding one of the bones in the turkey, try to separate them with the more significant piece. This tradition started with the Etruscans and was spread by the Romans when they conquered England. From there, the tradition came with immigrants to America.

They say it is the national day of the family fight because it is one of the few days when the family gets together. Those with families know that when everyone is together, the possibility of disagreements is enormous.

In thanksgiving celebration, a lot of people making a t-shirt to make it more memorable, to commemorate with family and friends, Inksterprints would surely make it more unique and unforgettable.

All of us at Inksterprints are dedicated to delivering impeccable service to our customers at all times. You can reach us in three ways: By phone, at 215-259-8482 – By e-mail, at aljay@inksterprints.com, or through our website. Our goal is responsive, reliable service at your call.

Inksterprints’s headquarters at the Philadelphia are open Monday through Sunday, 11 a.m. to 7 p.m